One of London's most affluent and historic financial districts.

The Bank of England was founded here in 1694, initiating the development of the area as a centre for global finance and trade. Into modern times London’s established infrastructure and its fortunate position between the time zones of the US and Asia has ensured its continuing pre-eminence.

The Square Mile is the oldest part of London. Some elements of the Roman settlement are still visible among the gleaming steel and glass. Classic churches by Hawkesmoor and Wren hold their own against the towers.

The Barbican Estate, constructed over ten years from the mid-1960s, is arguably the prime residential area. Its apartments overlook water and gardens, its walkways secluded and enclosed away from the traffic of the surrounding streets. At its heart sits a superb arts centre, as well as the Guildhall School of Music.

Immediately to the north is the creative corridor stretching from Clerkenwell through Old Street to Hoxton and Shoreditch. It offers great restaurants, bars, boutique hotels and diverse housing. To the east is Aldgate, a transitional area between the financial district and East London proper. With its Georgian side streets, converted warehouses and purpose-built flats it’s become a popular choice for young professionals, and is expected to offer another 2000 homes by the end of 2018. Aldgate also contains two very popular markets: Spitalfields, London’s oldest, has been regenerated by craft, art and style traders; Petticoat Lane, only open on Sundays, offers a taste of an older East End, with traders selling everything from clothes to fruit and veg.

Key streets and locations in the City of London

Bank of England museum – Discover the history of the Bank, its buildings, and the people who have shaped it over more than 300 years.​

Tower of London – Rich history dating from the Norman Conquest

Restaurants in the City of London

City of London properties for sale

City of London properties to rent 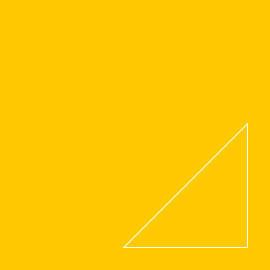