Born in Oxfordshire, Jaimie came to the Central London property market in 2003, after a working sojourn in Spain and the Canary Islands. He joined a growing independent agency with a strong international client base as a Sales Negotiator, and for the next three years worked his way up within the company, gaining invaluable experience with new development marketing.

In 2006 he joined an independent agency in London’s Docklands and oversaw the opening of new offices in Canary Wharf and Bow, as well as developing a New Homes sales team.

He founded Madley Property Services in 2008 and has been the driving force behind the company’s client focused organic growth and expansion.

Over his career Jaimie has been responsible for and overseen the sale of a huge array of property across Central London in both good times and bad. He became heavily involved in lettings in 2008 and has been managing the lettings teams since that period. A portfolio landlord himself, he has both in-depth practical experience of lettings management, professional ARLA qualifications and is also a member of the NAEA.

Matt came early to the property world, working for his father on building sites from a young age. He studied Building Surveying and Construction Management at Plymouth University (he’d grown up in South Devon) and after some globetrotting came to London and Madley in 2012. He was senior lettings negotiator within six months, and became Madley’s lettings & Sales manager in January 2014. Matt has now progressed to Area Manager and has been awarded his professional ARLA qualifications.

Originally from Southampton and big fan of their football team, Lloyd both moved to London and started for Madley as a trainee negotiator in 2014. With a keen interest in providing excellent service and a thirst for knowledge of anything property related, Lloyd has proudly progressed to Head of the Sales and Investment team at Madley and can draw on vast experience and strong knowledge of the London market. Over the years, Lloyd has not only built a strong network of clients, but also has a stellar reputation for closing large deals in some of London’s most well known developments and is a first point of contact for a large number of investors from around the globe. His hunger and drive to continue to grow those who rely and trust in his advice is a key element in his rise to his position within the company and he is someone we’re proud to have on the team! 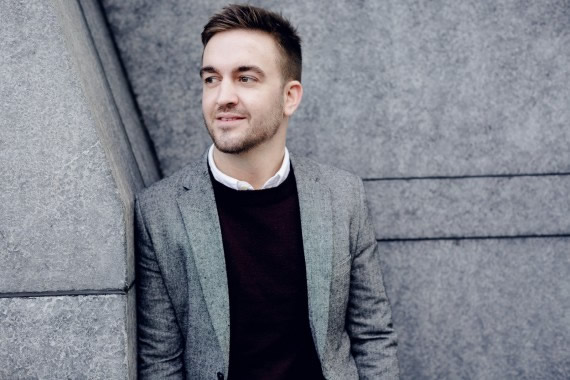 Born in London, Natalie completed her studies at the University of the Arts London and graduated with a Marketing and Advertising degree. Having gained experience in Luxury sales and Marketing, Natalie decided to turn her talents to property.

Milena brings more than 12 years of operational and compliance oversight having previously held several leadership roles in luxury properties and hotels. Leveraging her extensive expertise, Milena serves as an invaluable resource to the company’s guidance and direction to the team charged with executing the property management services in accordance with Madley’s strategic vision.

Originally from France, Carmen spent her early adult years living in Singapore studying English. She has had a lifelong interest in property and whilst finishing her International Trade studies in France, Carmen landed a job as a trainee negotiator and her passion for property solidified. After moving to London, she decided to begin her career in an aspiring and dynamic team and Madley was the perfect fit.

Originally from Glasgow, Garry flew the nest at an early age to work in the Balearic Islands before becoming international Cabin Crew and finally planting his feet firmly on the ground in London.  Starting off as a Lettings negotiator in 2017, Garry moved into Property Management shortly afterwards, finding his 12 years of customer service experience to be a great asset.  Surrounding himself with like-minded property passionate people, Madley was clearly the perfect fit.

Born and raised in South East London, Carolina has always been in love with the City. After leaving the University of Kent with a Law degree, she quickly realised she had a passion for property and wanted to build experience in all sectors of the London market. Starting out almost three years ago in the outer London market, she joined Madley Property’s thriving sales team to take on the adventure of working within Central London. With more than 6 years in client facing industries, Carolina loves connecting with new people and establishing long term business relationships with them.